At different stages of the product development process, there are different types… of prototypes. They are used for a variety of reasons, but generally, they are made to test some aspect of your design.

Here’s what we’ll cover in our discussion about prototypes today:

And keep in mind – some aspects of our discussion may be relevant to software and commercial applications, but this article is focused on prototyping in the consumer product space.

What is a prototype?

A prototype is an early version of a product built to test some aspect of the design. They are often incomplete in some way, sometimes more and sometimes less expensive than the end-product, may not function, can be a different shape and size, or be down right different.

Ultimately, prototyping brings a concept idea to reality, it provides a window to study a certain aspect of the theoretical design, in real life.

“Design” is a very broad subject – what part of “design” you ask? Well, for different aspects of design, prototypes do different things, and that’s what we’ll look into next.

What is the purpose of a prototype?

So now we know that the purpose of a prototype is to evaluate some aspect of a design. That’s very generic – yes – that’s because it is a broad category. Throughout the product development process, prototypes are used for different purposes. Let’s look at a few different reasons for creating a prototype:

A proof of concept prototype provides proof that a design, or a specific part of a design, is feasible. It’s often easy to come up with an idea or mechanism, but working out the functionality is often a lot harder.

A proof of concept de-risks the product development process by addressing the most (or one of the most) challenging parts of the design early. It uses the assumption, if the hardest part can be proven, the rest can be figured out down the line.

For highly technical products, proving a concept is a huge milestone and one that outside investors love to see (at the pre-seed or seed stage).

Sometimes, the purpose of a prototype is to effectively convey your idea to someone. The  prototype translates a concept into something tangible, something unmistakable. Clients, managers, and team members can obtain clarity on the subject with a prototype.

In some cases, industrial design sketches or 3D models can help visualize a message, but often, a prototype is needed. In the automotive industry, new car designs are formed from clay to help communicate the shape, size, and features of the car. Models and sketches simply cannot convey the design.

This category of prototypes will likely see a decrease in prominence with the improvement and  adoption of virtual and augmented reality.

Testing your prototypes also helps you discover features that your target audiences love and care about. Often done earlier on in the product development process, testers will help pinpoint the most important features of a product, helping you prioritize your product design efforts.

Asking testers about features they would want also gives valuable insights into what features your target market may like, which can lead to additional features, another version of your product, or even a pivot (changing the main product significantly to address a different opportunity).

In the past prototypes were expensive and, as such, were invested in during later stages of product development. Now, with additive manufacturing technologies (like 3d printing) as cheap and versatile as they are, prototypes have been integrated into the earliest stages of design.

These prototypes allow you to bring the theoretical concept to reality, which allows you to gather feedback, refine goals, and make decisions.

Reduce risk in the product launch

This allows you to focus on the best parts of the design, address issues and remove unnecessary features. Ultimately, this allows you to build confidence in the product and de-risk the final product launch.

A functional prototype is a sample of the full or a part of the product that functions as the design is intended to. Because these prototypes are used to verify functionality, they do not focus on aesthetics and usually won’t look like the final version (shape, size, color, UI, etc).

Functional prototypes are usually low fidelity in the early stages of development (proof of concept) and high fidelity towards the later stages (for engineering analysis, certification, etc). Up until the later stages of development, functional prototypes use low-volume, easy-to-configure components that will simulate the functionality of the end product, but at a much higher cost and larger form factor.

Functional prototypes help de-risk the product and are instrumental in having confidence in the product functionality.

In today’s competitive markets, products nowadays need to be more than just functional. It is now crucial that your product also evokes a positive response from your customers.

The goal of an aesthetic prototype is to provide you with a physical sample of how the product will look and feel. This is addressed by the industrial design of a product – which focuses on the human-product interaction.

Aesthetic prototypes are usually prioritized later on in the development process once functionality is addressed, this means they are often higher fidelity. Note, the opposite is true for brands that prioritize design – they focus on aesthetics first, then address functionality later.

The development of an aesthetic prototype puts an emphasis on the look, feel, and styling of your product. This means size and shape, but also colors, textures, curvatures, firmness, materials, and more.

Fidelity of a prototype refers to the grade of the quality and is typically dependent on a product’s progress in the development process.

At the earlier stages, products are typically low fidelity and relatively cheap (think $10-$1000).

Low-fidelity prototypes are common during conceptual design, like a proof of concept, and to help convey ideas and functionality.

This type of prototype helps to make changes easily and quickly. It focuses more on functionality  and allows designers to get feedback early in the design process.

As the product gets closer and closer to market readiness, the resulting prototypes will have higher and higher fidelity – and will increase in cost accordingly.

High-fidelity prototypes start to look like the end-product and are often made at the factory where the production will later take place.

These prototypes are often used to help decide on the finer details of a design. Because they are often very similar to the end product, they are also used for product certification, gathering testimonials, and creating marketing collateral (professional photography, videography etc.).

Successful products do not happen by accident. They are a result of a rigorous design process, which includes the building and testing of prototypes. Remember, prototypes are part of an iterative design process and are meant for testing and learning, so use them early and use them often.

If you have enjoyed this article, check out our insights on testing: Your Complete Guide to Product Testing.

If you have questions about prototyping in the product development process or need help with your prototype, reach out to us through our Website, Facebook, or LinkedIn. 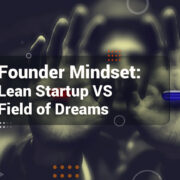 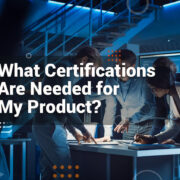 What Certifications Are Needed for My Product?

Welcome to Ventrify, where we shape ideas into products 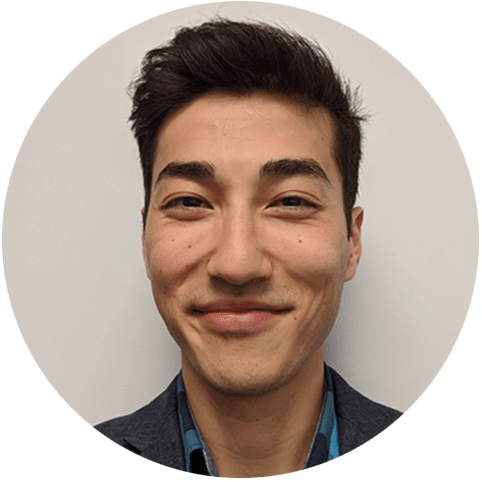 Want to know the simplest way to bring your product idea to market? Get our free video training

Get the free training

The Costs of New Product Development